1. The Great Wall is NOT a single, continuous wall build all at once. The "wall" is a collection of wall segments built by various dynasties.

The best portion of the Great Wall of China can be visited within one day from Beijing.

Visitors can enjoy an adventurous hike from Jinshangling to Simatai about 10Km in length.

8. During China’s Cultural Revolution, people were encouraged to take bricks from the Wall.

The structure was seen as a sign of despotism.


0 . The most well known of all of the legends of The Great Wall of China is the story of "Men Jiangnu’s Bitter Weeping" whose husband died building the wall. Her weeping was so bitter that a section of the wall collapsed, revealing her husband’s bones so she could bury them.


Meng Jiangnu’s story is the most famous and widely spread of all the legends about the Great Wall. The story happened during the Qin Dynasty (221BC-206BC). It tells of how Meng Jiangnu’s bitter weeping made a section of the Great Wall collapse. Meng Jiangnu’s husband Fan Qiliang was caught by federal officials and sent to build the Great Wall. Meng Jiangnu heard nothing from him after his departure, so she set out to look for him. Unfortunately, by the time she reached the great wall she discovered that her husband had already died. Hearing the bad news, she cried her heart out. Her howl caused the collapse of a part of the Great Wall. This legend has been spread widely through textbooks, folk songs and traditional operas. It is well-known in China.


Another legend about the Jiayuguan Pass tells of a workman named Yi Kaizhan in the Ming Dynasty (1368BC-1644BC) who was proficient in arithmetic. He calculated that it would need 99,999 bricks to build the Jiayuguan Pass. The supervisor did not believe him and said if they miscalculated by even one brick, then all the workmen would be punished to do hard work for three years. After the completion of the project, one brick was left behind the Xiwong city gate. The supervisor was happy at the sight of the brick and ready to punish them. However Yi Kaizhan said with deliberation that the brick was put there by a supernatural being to fix the wall. A tiny move would cause the collapse of the wall. Therefore the brick was kept there and never moved. It can still be found there today on the tower of the Jiayuguan Pass.


People look at the Great Wall of China full of admiration, but the sufferings of the people in ancient times were not appreciated at all. In fact, people were angry of all these unfair forced labour. People suffered and endured all the time. They had to fight the harsh climate, the continual attacks from Xiongnu, one of the tribes to the North of China. People died while building the wall and more people still came to build it.

8. Wangxiao Temple
Once upon a time, there was a young boy of twelve years old. He had special abilities in his strength. He was still young but could exceed the strength of a normal grown-up. His name was Wangxiao. At that point of time, the construction of the Great Wall had started. Strong males were forced to unpaid labour along the Great Wall. Wangxiao could not escape it. He was still naïve and did not comprehend much of the human world. During his day works, his fellow workers who were all grown-ups, took advantage of his youth. They let him do the works for them while they could relax a little bit. Wangxiao did as he was told to willingly. Unfortunately, he was still a small kid. He died soon because of overworking.
People took pity on him after that and built a temple for him so as to remember him and named the temple, Wangxiao Temple. It is very near to the Great Wall. 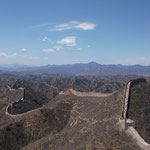 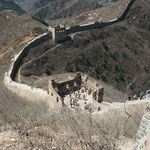 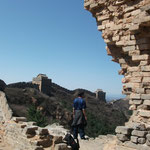 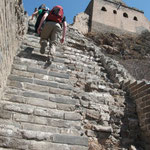 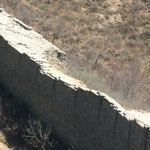 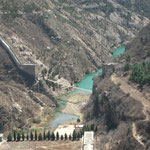 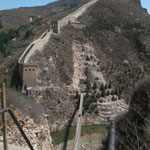 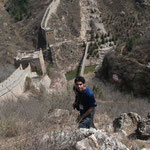 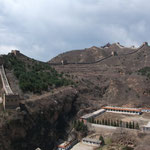 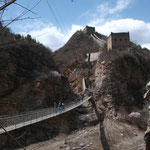