Impatiently and nervously I am waiting for some good news from the staff. But their search is unsuccessful. I thought I had left all the issues and obstacles behind. First, I accidentally ended up in Compton at midnight, then I nearly missed my train because of some greedy taxi drivers in Malaysia. Subsequently I got lost in China where nobody understood me, temporarily couldn't withdraw any money in Dubai and even had problems landing in Pakistan because of a thunderstorm. And in the last destination I was almost denied entry because of new visa regulations. In Turkey, I was sure, everything would be so much easier. And now my luggage has disappeared.

The people who work at the airport try to calm me down and guarantee me that I will get my luggage back. They claim that my luggage is probably still in Qatar and assure me that they will send it to the place where I am staying before I have to take my next flight. All I need to do is call them and give them my address. Well, at least I don't have to carry the heavy luggage around all the time. So, with this optimism, and without that burden, I enter the metro, where I sit down next to four kids that are playing around with a football. Maybe I could ask them what the best way is to get to the place where I have chosen to stay. They certainly don't speak any English, so I try to speak in their language: „Merhaba. Nerede Sultan Ahmet?”. It's been five years, ever since I tried to speak Turkish. Back then I had a Turkish girlfriend who got me interested in learning the language. I did expect the kids to be shy, to ignore me, or maybe even to be rude, but they turn out to be very helpful, friendly and happy to communicate with a foreigner. And I think that I even understood what they said!

As the kids get off at the next station, I continue trying to remember Turkish phrases. One of the biggest peculiarities of the language is that it is an agglutinative language, which is why in many cases one complete English sentence can be summed up in just one word by adding several suffixes to one morpheme, such as in the case of the word "bilmiyorum", which means "I don't know". Each syllable in a Turkish word always represents one grammatical function. In this case, 'Bil-' is the morpheme derived from the verb "bilmek" (to know), "-mi" designates the negation, "-yor" the tense and the final syllable "-um" determines the personal pronoun. My thought bubble bursts, as I see six minarets protruding into the sky. They are part of what will arguably be my first highlight of the city trip in Istanbul and serve as a great orientation to reach Sultan Ahmet.

Although I am now back in Europe, I am still in the Islamic world. It is my very first time in the Balkan region. I guess the reason why I feel comfortable in this city very easily has something to do with the fact that Orient and Occident, as well as the secular world and the Islamic world collide here, something I can relate to, because I have always felt like being stuck right between these two worlds. Once I reach the hostel, I am surrounded by lots of English speaking people. This hostel has an even more sociable vibe than the hostel in Beijing. The visitors feel like home so much and get along with the people who work here so well that it takes a while for me until I am able to differentiate between those who work here and those who are guests.

Situated just a few minutes from the hostel are two of the most prestigious landmarks in Europe. Not one hour passes until I stand between these two gigantic structures. To my left I see the Hagia Sophia, and to my right the Blue Mosque, a name that confuses me at first, because the "Blue" refers to the mosque's interior, and I spend quite some time marveling at the facade of the powerful structure that was built under the rule of then nineteen-year-old Ahmed I., who had become the ruler of Constantinople at the age of 13.  It took seven years until the structure now known as the Blue Mosque was finished. The young ruler sought to build this mosque as a symbol of Ottoman prestige. He died only one year later after the construction was finished.

Even more impressive to me appears the Hagia Sophia, which is more than a thousand years older than the Blue mosque and is considered the crown jewel of Byzantine architecture. Initially, it was a cathedral until the city then known as Constantinople was conquered by the Ottomans, who converted the cathedral a mosque for centuries to come. Since 1934, however, it serves as a museum, a decision made by the "Father of the Turks", the secular reformer Kemal Atatürk. 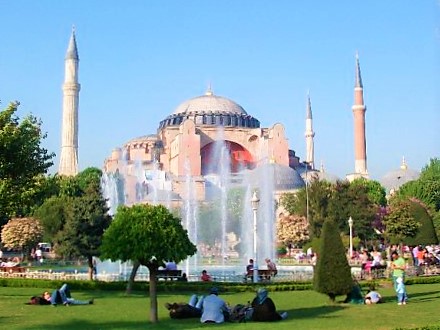 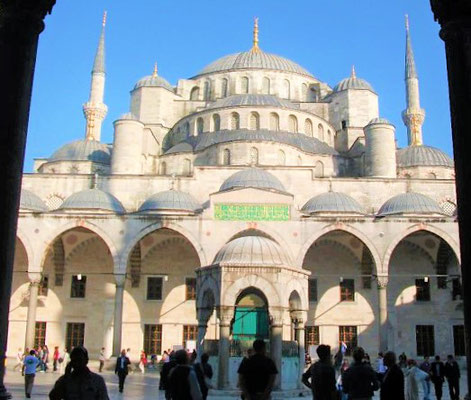 Along the coast I gain some more impressions, observing the many roaming cats, smelling the sea breeze in combination with corn that is being sold at te stand on the other side, while listening to the people speaking in their native tongue. Apart from the fact that I learned a little bit Turkish five years ago, given that Turkish people are the largest minority group in Germany and I come from the cities with the highest amount of people with migration background, the sound of the Turkish language is not unfamiliar to me. Nevertheless I listen to the people speaking in their native tongue more than I usually do. The vowel sounds œ and y, or their orthographic equivalents in this language ö and ü, are one of the characteristics of Turkish phonology that stand out in particular.  The frequency of those vowel sounds and repetitiveness of vowels in general is strongly connected to the vowel harmony, one of the key aesthetic aspects that lead to the abundance of assonance that contributes to the melodic character of the language. Back in the hostel I mostly hear the English language  again. The hosts seem even more enthusiastic in terms of partying than the guests. As appealing as the vibe in the hostel is, I am too curious to find out more about Istanbul's nightlife. So, I take a taxi to get to Taksim, Istanbul's busy nightlife district. 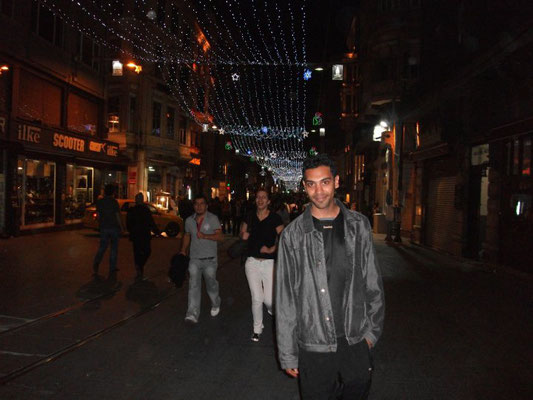 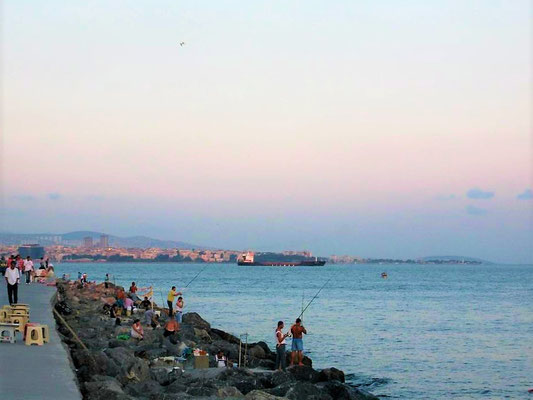 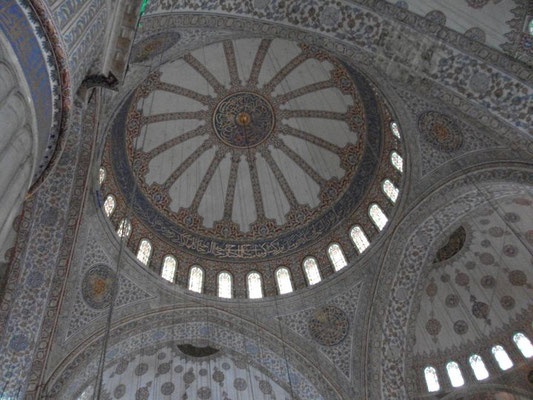 In Taksim, famous for its vibrant nightlife, I enter my first bar,  but my first impression is opposite of the reputation of this nightlife district. Ordinary mainstream music is playing, and where ordinary looking club people are standing around, instead of dancing. Some pretty girls stand here, some guys stand there, people seem to force themselves to have fun in this bar. I guess I did not choose the best place. Now here I have the nightlife and drinking that was missing in Qatar, but the 45 minutes that I stay in this bar prove that it is not simply pretty girls and alcoholic drinks that I was missing in Qatar. It feels strange how excited I was observing a cockroach in my hotel room in Qatar and how bored I am in a club with beautiful girls and alcohol.  "Canım Sıkılıyor", I remember a Turkish phrase and have to chuckle, because there is a similar looking word combination: "Canim sikiliyor", which has a completely different meaning. The letter ı, which is basically a schwa, does not exist in German or English orthography and therefore nowhere to be found in German or English keyboards, which is why Turkish people from Germany usually replace the ı with an i because of its similarity. So instead of writing "Canım Sıkılıyor" they can only write „Canim Sikiliyor“, which does not mean "I'm getting bored", but it means "my life is getting fucked".

Luckily, In Istanbul it is very easy not to be bored, and there are plenty of options to go out in Taksim. I spend less than an hour in this bar and end up in a rather chaotic bar next. This is much more my kind of place. Of course I knew in advance that despite of religion being an integral part of the Turkish people’s identity, the laws here are not as strict as in the previous Islamic countries that I had visited, and nowhere was this more reinforced than in Taksim. But it was still a weird feeling to me to experience a live performance of a band that covered songs of the Brazilian tribe metal band Sepultura.

Only shortly before departure I finally receive my luggage. Although there is still one week and two destinations left, I feel like the around the world trip is over already. What could the next destination have to offer that could still amaze me after all that I have already seen and experienced in the previous 8 countries? 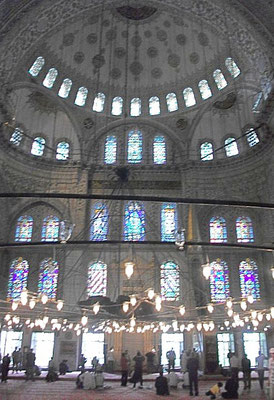 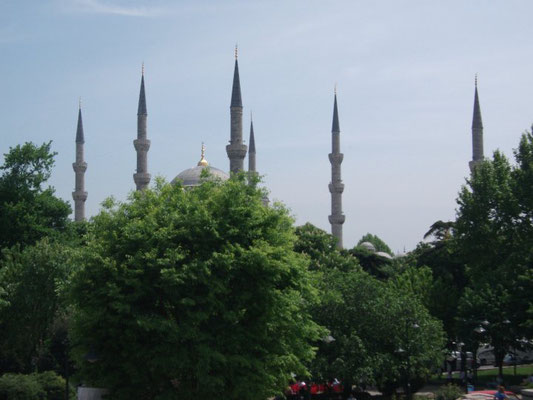 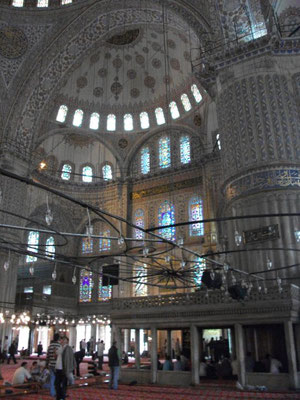