April, 2010 - A new day begins. Finally I have had some sleep. As I check what time it is, I realize that I need to hurry up, because there are still some places I want to explore here in Hollywood before meeting Daniel, an friend whom I haven't seen for years. As I change my clothes, something falls out of my pocket. It is a black guitar pick with a Scorpio sign on it. My fellow guitar player Sebastian gave it to me the last time when we met in Germany. The pick reminds me of what a special day today is. It is quite ironical that today I will meet the man who used to be the drummer of my band "Love Turns Hate", the very same band that will play in the Batschkapp tonight, one of the most famous concert halls of Germany's Rhein-Main region, the arena where we used to witness several of our favourite bands performing live, when we were younger and didn't even know how to compose songs or how to play any instrument. This concert tonight is not just any concert. Tonight is the night that will decide everything for the band, it is the most important concert in our band's history, and it feels so weird thinking about the band playing this concert without me. 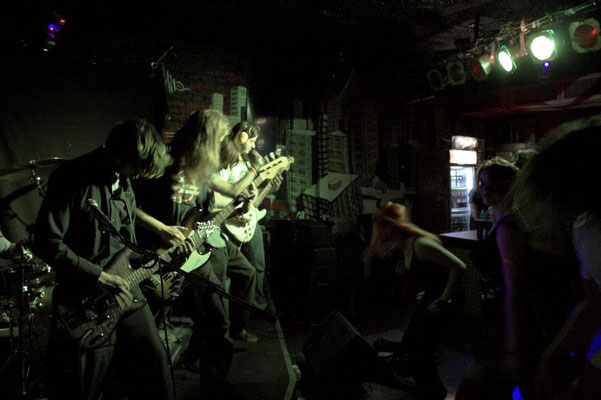 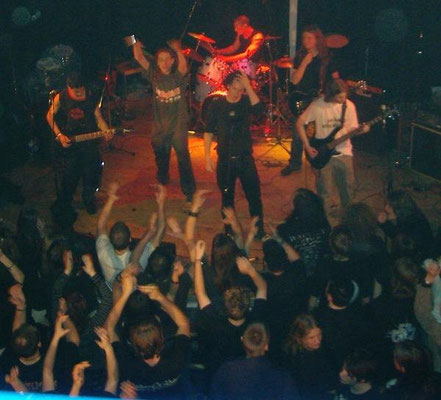 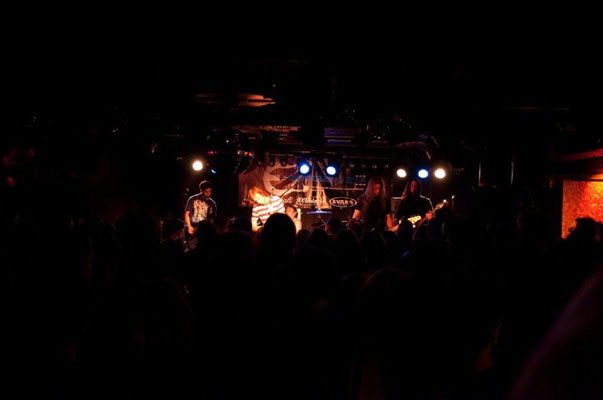 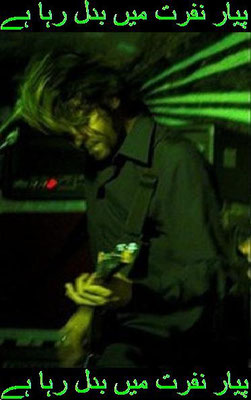 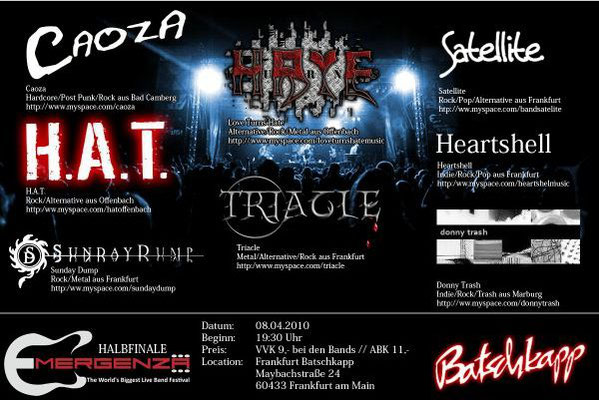 It all started in 2002 on a class trip in Italy, when as a teenager I wrote my first song called "Love Turns Hate". A year and about 20 written songs later a friend suggested to name the band that we sought to create after the first song I wrote. Although none of us could actually play anything, a few friends of mine and I began to acquire some skills and over the years we steadily continued developing those skills. Throughout the years, our band appeared under different constellations and experimented a lot, until in 2008 we developed a more melodic style and have kept this style ever since.

Earlier this year, our singer Dan - not to be confused with our ex-drummer Daniel, whom I would meet in Hollywood very soon - informed me that we somehow ended up in the qualification round of Emergenza, the world's largest festival for unsigned bands. The winner of this contest will have the opportunity to produce a record, tour with established and well-known bands and get national recognition by presenting their music to much larger audiences all over Germany. In our region, 10 bands had the chance to play, but only four of them would make it to the semi-finals. 'Love Turns Hate' was among the 10 candidates. "I don't know if we can make it, and even if we do, the next round would take place when I will be doing the Around-the-World Trip.", I told Dan after he gave me the good news. "We will find a way. Let's just do it , have some fun and see what happens", Dan replied. He was of course right. We should seize this opportunity and I was curious to find out, if we have what it takes to compete with the all those talented, unsigned bands in our region.

So, we prepared for this big opportunity, gathered all our supporters and put all our heart and soul in this performance. It turned out that not only would we head to the semi-finals, but an overwhelming majority of the visitors voted for us, making us the number one band of the qualification round and the front-runner band in Frankfurt and the surrounding area. The problem: The semi-finals were scheduled to take place only after the around-the-world trip that I had booked almost half a year earlier would begin. We had less than three weeks left to find a substitute that was good enough to learn our songs within such a short amount of time. We decided for our bass player Paco to play my guitar parts, because he knows many of those parts already and as a skilled guitar player he can learn the other parts fast, whereas Damian, a long time friend of the band and an experienced bass player, would take over Paco's role. Despite the lack of time that Damian had to learn all the songs, I was confident that nobody we know could pull this off but him. And now, as the thought bubble bursts, and as I put the pick back in my pocket, highly anticipating the outcome of tonight's show in Frankfurt, I realize that since there is a 9 hour time difference between Los Angeles and Frankfurt, my friends should be on the stage any moment.

Meanwhile in Hollywood, I decide to explore a number of places.The first tour that I book traveling abroad takes me to the Universal Studios,where - among other highlights - I get to see the original DeLorean that was used in the movie Back to the Future, as well as the destroyed Jeep from Jurassic Park II. In a nearby area we also get a demonstration, of what methods are being used to make movie scenes where cars are blown up. 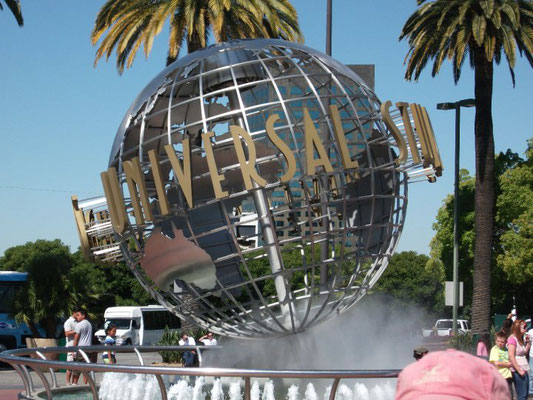 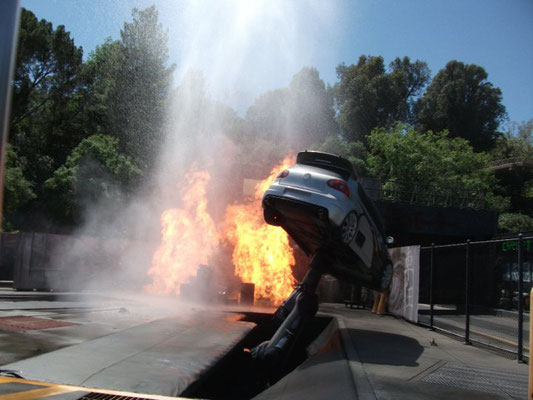 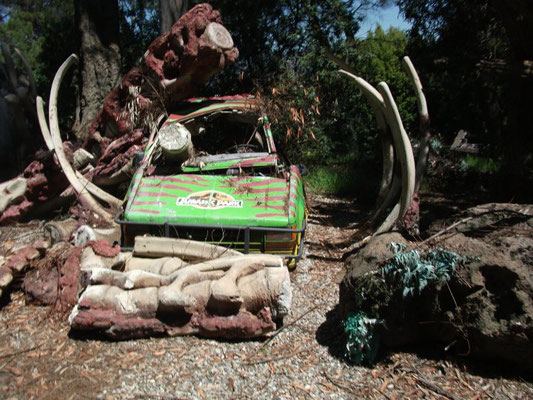 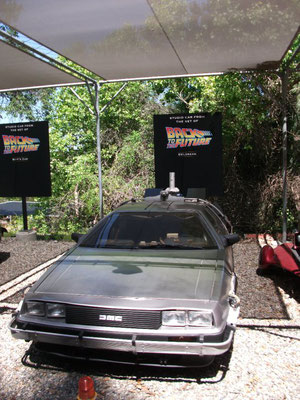 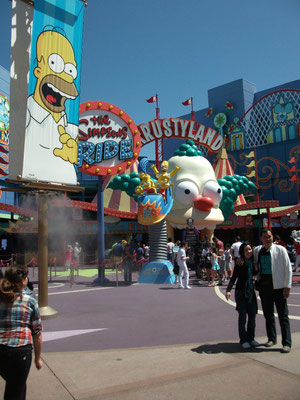 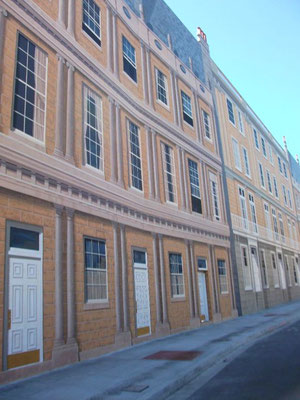 On our way to Beverly Hills, we receive a lot of information on different spots that we pass. Among other notable places, we see the restaurant Ketchup, owned by Ashton Kutcher, the nightclub 'the Viper Room', partly owned by Johnny Depp and having regular visitors such as Angelina Jolie and Leonardo Di Caprio, the hair saloon, where Britney Spears once went crazy, and the original Miceli's Pizzeria, which has also received many prominent visitors in its sixty year history, such as the Beatles, Frank Sinatra, Marilyn Monroe, and even US presidents such as Richard Nixon, Ronald Reagan and John F. Kennedy. From a distance we can also see spot the famous club Whiskey a Go Go, where rock and metal legends such as Axl Rose and Lemmy from Motörhead hang out. If my band manages to advance to the final round tonight, I will go there tonight and celebrate this and have a lot of drinks. If we will not advance, I will go there tonight, I will also go there and drink my grief away. 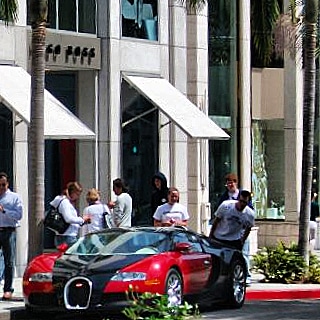 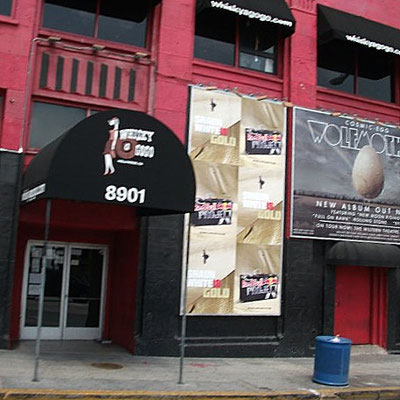 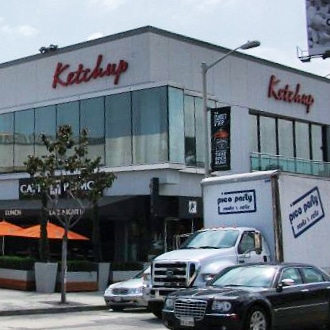 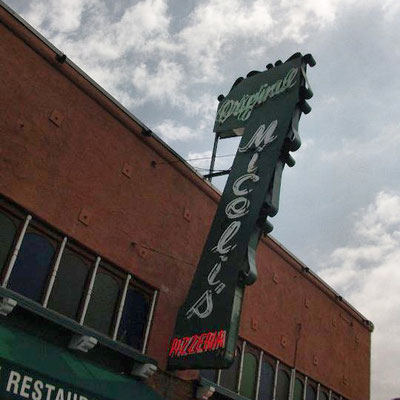 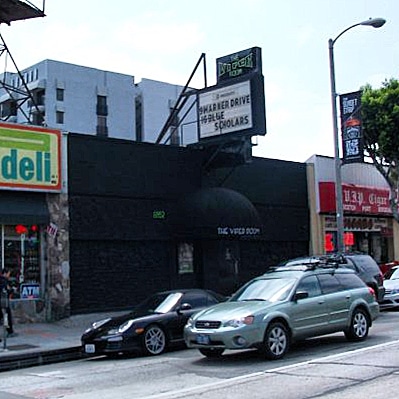 At the Hollywood Hills, get to see more places that we know from various movies such as the Garcia House, which was used in the movie Lethal Weapon. As we reach Beverly Hills, seeing all those villas of celebrities such as Ice T, surrounded by all the luxury, for a moment I feel like a fool, because I paid money to see how great other people live. It begins to feel like a national park where you hope to spot animals, but unfortunately I even fail to spot Hugh Hefner's bunnies at the entrance of his mansion. Eventually we reach the home of Michael Jackson, reminding me of how last year, a month after he died, our band finished its longest concert ever playing a number of Michael Jackson's hits as a tribute. Then I check the phone to see if I have received a message from my band mates, who should know the result of the votes by now. 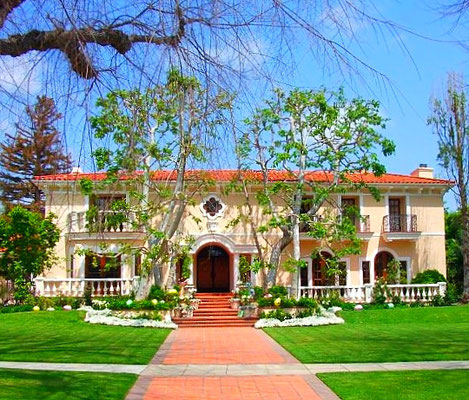 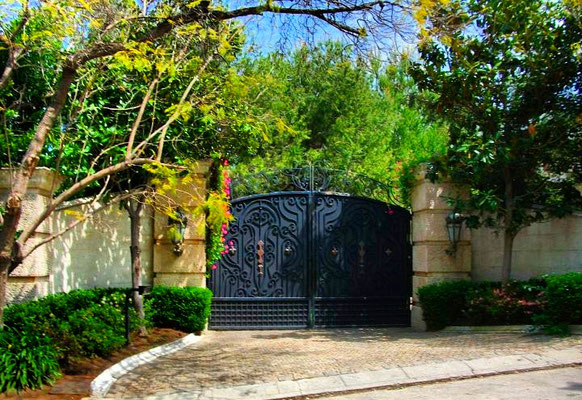 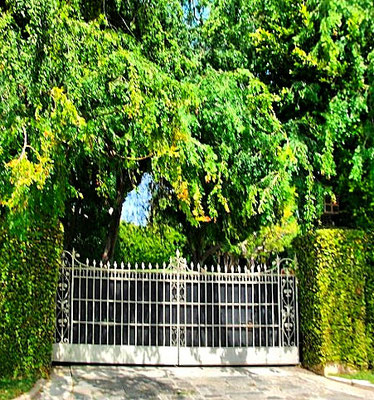 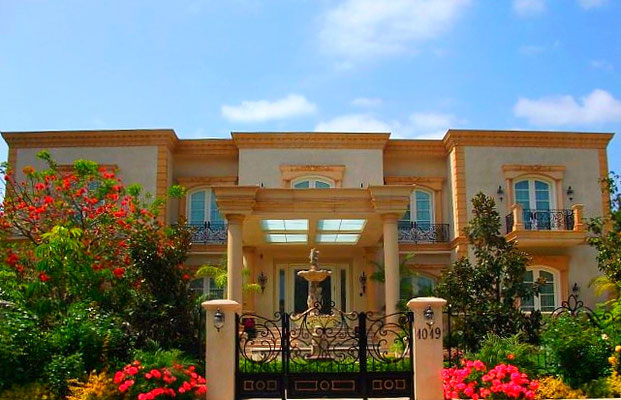 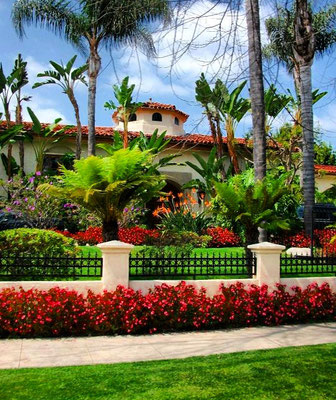 My journey is not just a journey around the world, but it has felt like travelling through time, meeting family and friends of different chapters in my past life. After the Beverly Hills tour I meet Daniel, who would appear in a later chapter of my life, joining our band as the drummer. While he shows me some of the most famous spots in and around LA, such as the downtown district, Runyon Canyon, from where I enjoy the view on the Universal Studios that I visited earlier today, we of course talk about the fun times playing in a band together, and Daniel, who is currently in Hollywood pursuing an acting career, is happy to hear that our band has gotten to the next level hoping for a breakthrough. Wherever Daniel and I go, I seem to spot places that are familiar, although I have never been here before, but seen them in scenes of various movies, and Venice Beach, the next place that we reach, is no exception. Watch somebody dribbling on a basketball field, I recall that this is where a scene from the movie American History X was filmed.

In the early evening, we have a stop at a Mexican restaurant and eat some Burritos, before Daniel decides to takes me to Santa Monica Boulevard and subsequently to a bar. Inside that bar we begin to elaborate on what we have been doing lately. While songs of some of our favourite bands are playing through the loudspeakers and scarcely dressed women with silicon breasts receive our order, Daniel and I discuss the paths that both of us have chosen, my ambitions to discover the world, and Daniel's decision to pursue an acting career. We then reminisce about the good old times, when we used to play in a band together, the same band might be going to the final round of the Emergenza tournament.

I remember how seven years ago, when the band was created, none of us even knew how to play any instrument and we could have never imagined that our band would one day stand on the same stage where those legends used to perform their songs, the stars that inspired us to make music in the first place. And I remember how good Daniel was as a drummer with only two years of experience at that time. The two of us finish our drink. "Let me know how the concert was!", he says, before we wish ech other good luck and go separate ways. Who knows, maybe we will see us again somewhere. 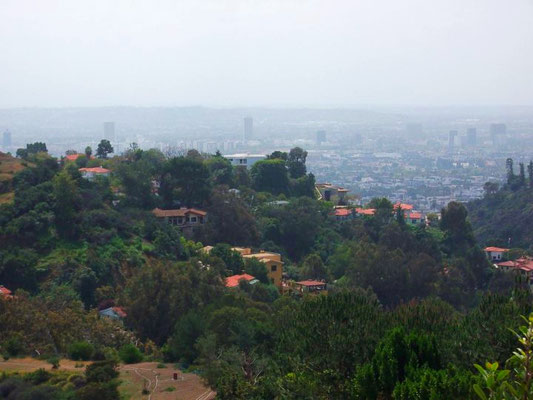 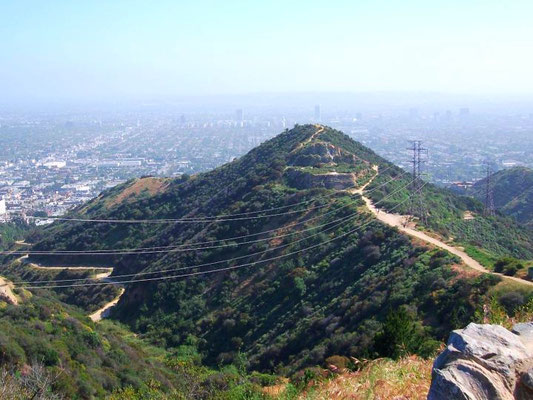 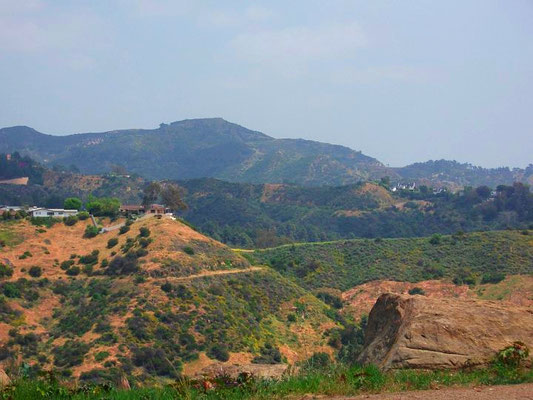 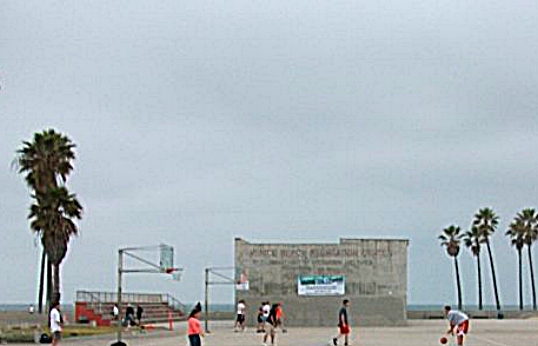 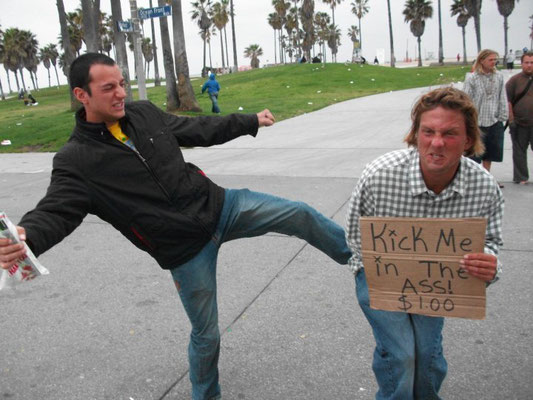 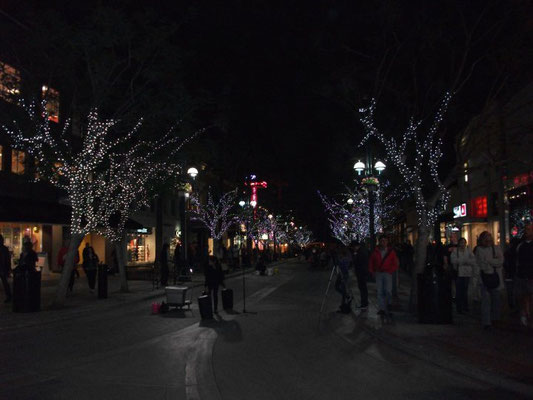 On my way back to the Motel, as I walk down the Sunset Boulevard, the so-called Boulevard of Broken Dreams, I once again check my mobile phone.  I have finally received a message from Dan, the singer of 'Love Turns Hate'. With disappointment he informs me that only a few votes were missing for 'Love Turns Hate' to make it to the final round of the Emergenza Band Contest. For a moment I feel huge frustration, and I feel like I let my friends down, convinced that the outcome would have been different, that we would have won over those few votes and made it to the final round, had I been on stage with my band mates. But there was just no way to cancel an Around-the-World trip. As I walk along the  'Boulevard of Broken Dreams', my thoughts are pending between the dream that has just shattered in Frankfurt and the dream of travelling around the world, which I am living right now here in Hollywood. What better time to get wasted than now? And what better place to do so than in 'Whisky a Go Go'?